Feel free to use and/or share any of these resources (or anything from the site for that matter).

Jump to About the Game

Short Summary
Command the power of lightning bolts to fight back the Mutants in this Combo-Focused, Arena-Based Platforming Shooter.

Game Description
You have a gun that shoots lightning, god-damnit; with it, you will defend Earth against formidable mutant enemies until rainstorms render it inoperable, forcing you to use conventional weapons until the skies clear. With loads of unlockable costumes, perks, and characters, Thunder Gun: Revenge of the Mutants will keep you playing for hours while you master its insane difficulty, comboing, chaining, and rocket-jumping.

Gameplay Summary
Starting out, you’ll use your thunder weapon to chain lightning bolts between enemies, but this weapon is not able to operate during rainstorms, forcing you to use a secondary weapon. Your Hit Streak and Multiplier are key to getting a large score. Depending on your loadout, your streak can be broken by missing a shot or taking damage from enemies, but there is leniency with Streak Saves (earned every 100 hits) and different perks to make maintaining your streak easier. The depth and complexity of Thunder Gun also lies in weighing whether you should be taking damage or grabbing health, as each time you grab a health pack, the respawn timer for that health pack increases. These systems alone, with your choice of thunder weapon and sidearm, make Thunder Gun a complex yet simple to understand gauntlet to showcase your growing skill with each and every match.

Thunder Gun was created by Terra Lauterbach (previously known as Ted Lauterbach), whose past works include suteF, the Visit series, and Descent (no relation to the 3D one). Revenge of the Mutants is her followup, and great improvement to, an earlier version simply called Thunder Gun, and it is also her first commercial game as an indie.
The Revenge of the Mutants soundtrack was composed by Mike LeRoy, and he is also writing music for Terra's next game project, The Bulletromancer. 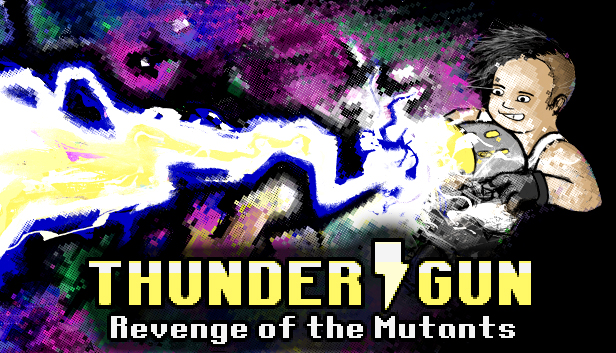 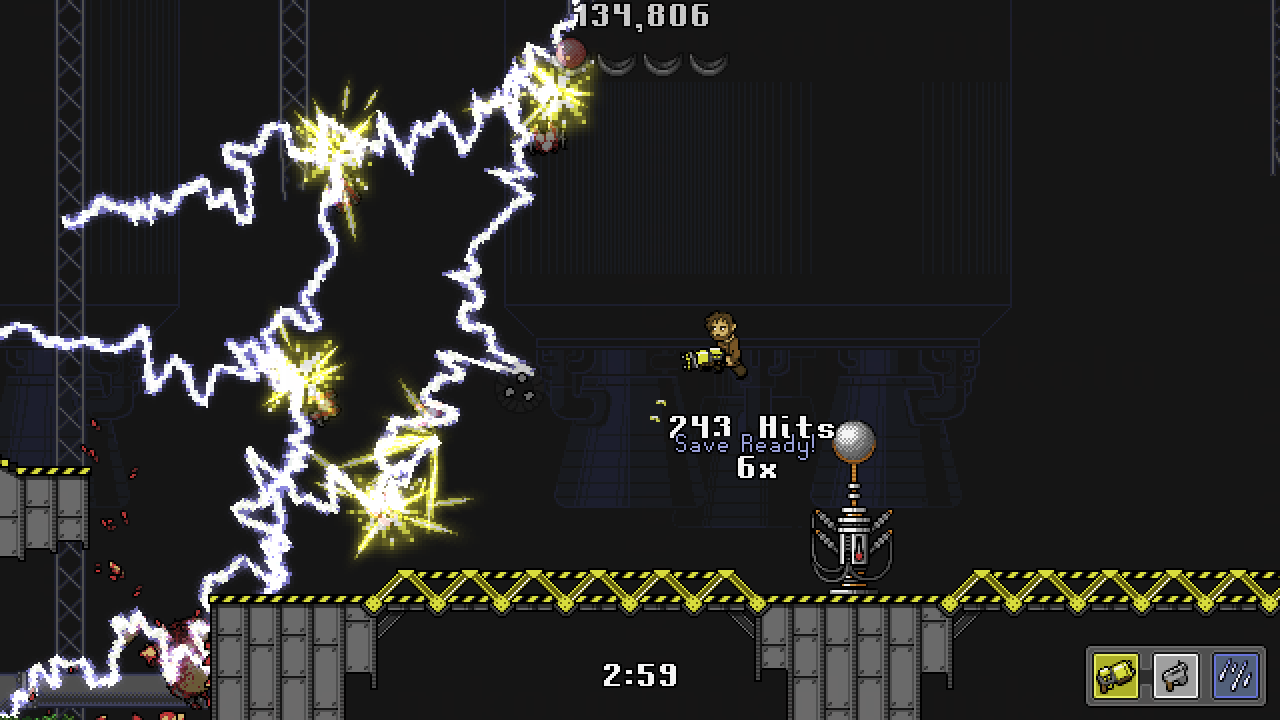 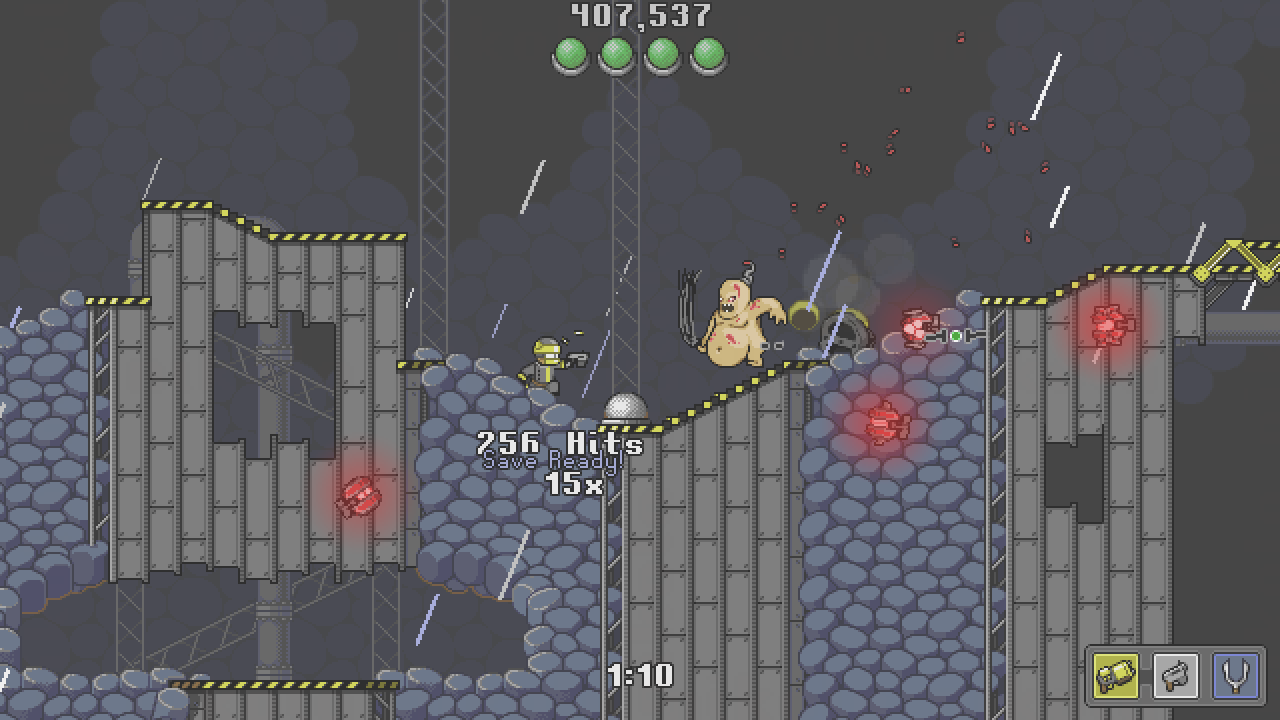 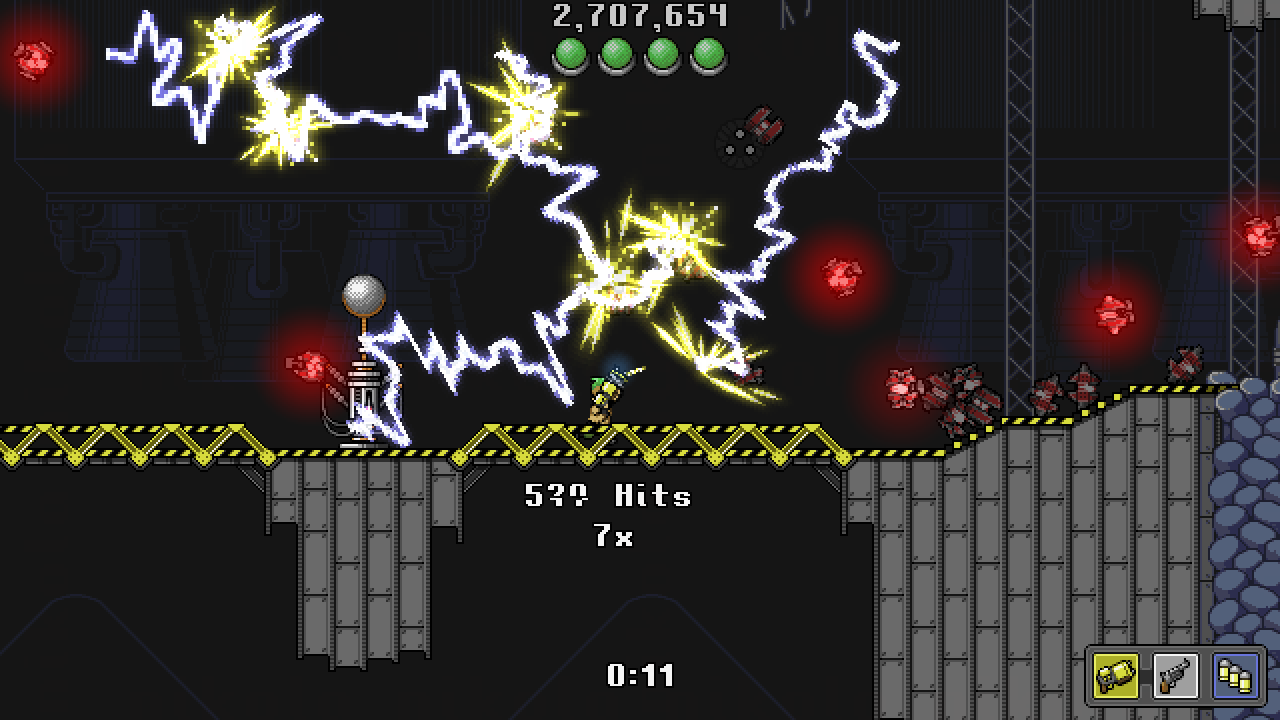 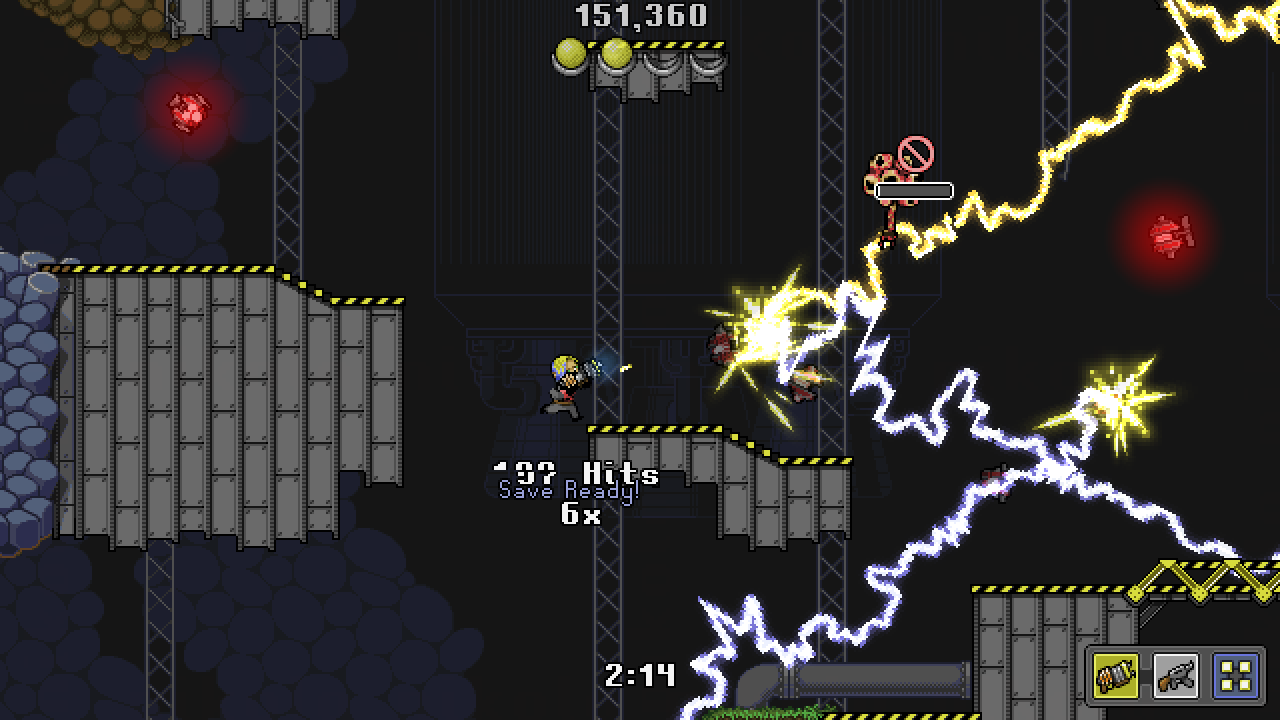 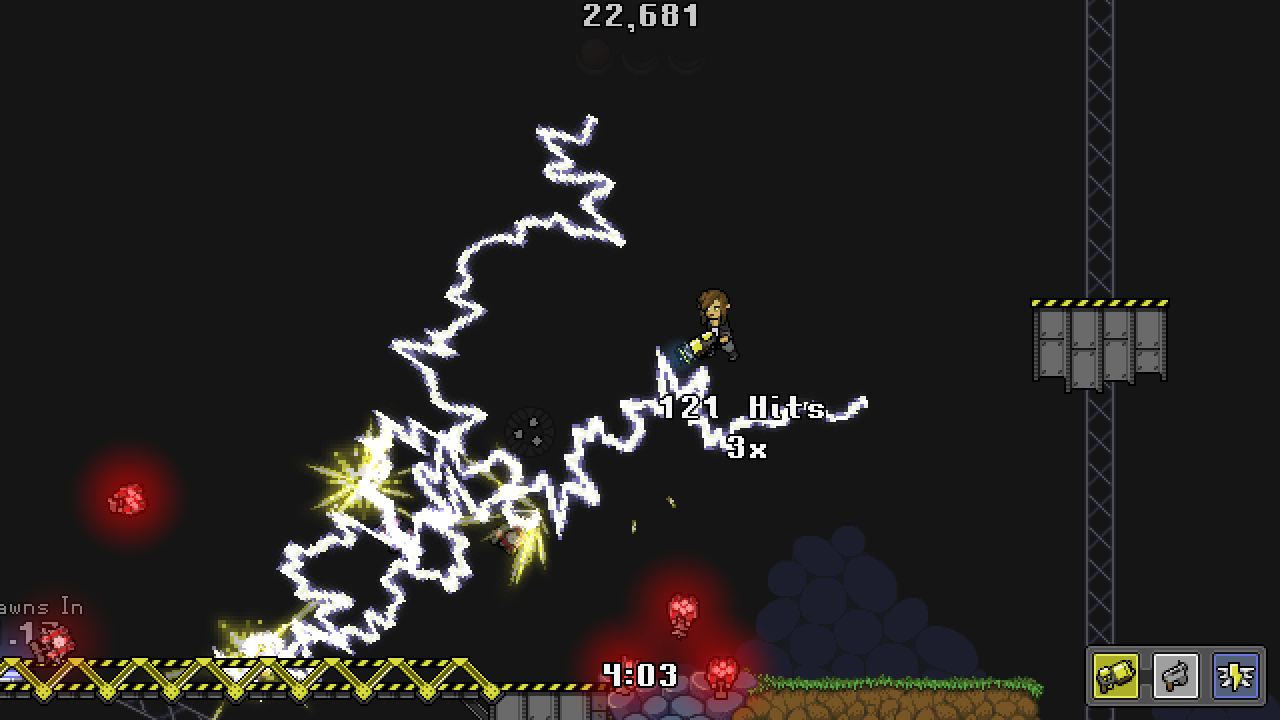 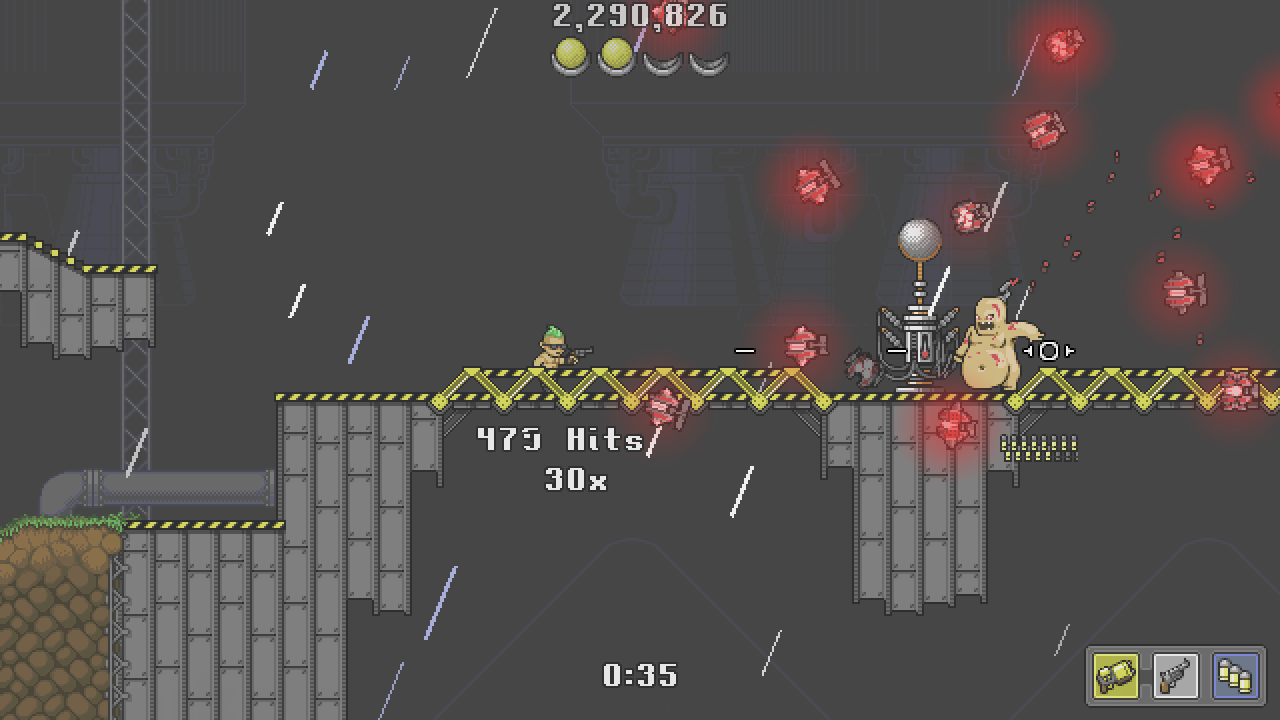 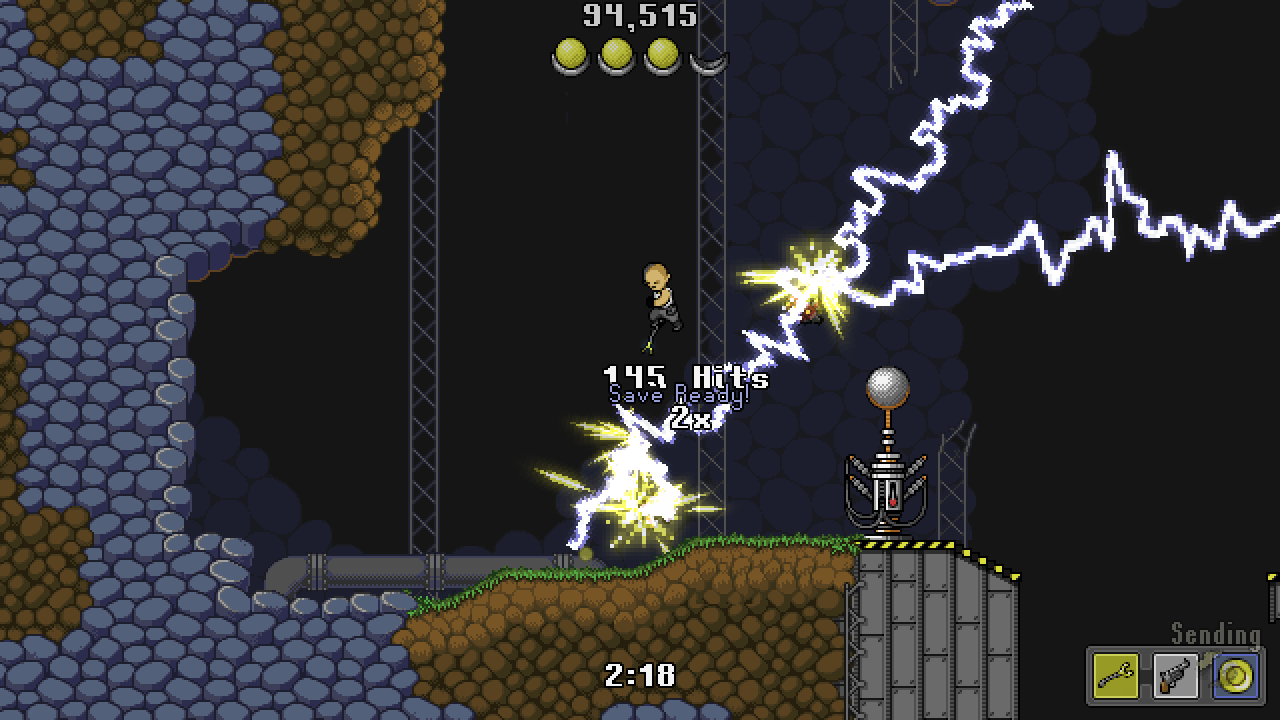 If you haven't heard me on twitter, Thunder Gun: Revenge of the Mutants hasn't been doing "well." At the end of 2 weeks after its release, I've sold

It's official: Thunder Gun: Revenge of the Mutants will be coming out for Windows and Mac OSX through Gamejolt and itch.io on September 3rd! Take a look at the