After taking part in the now finished LazyGuysBundle and a cumulative 8 months of being on Greenlight across 2 launched Greenlight pages, I received notice from Valve that Thunder Gun: Revenge of the Mutants got GREENLIT! If you're not in the know, that basically means Thunder Gun is going to be available on Steam in the near future — I'm working on implementing the Steam API as I write this.

I was honestly really shocked that this all came to be. I was quite literally looking for work when I found out (which is something really hard to admit) and have had to shift work away from my newest project — the as of yet not "publicly announced" Future Crime Corporation — which I hope to post a small manifesto about soon.

It's all part of some sort of really dumb gamble I'm compelled to do. I don't talk about it much, but if things don't dramatically change in the way I'm conducting development, I will have to take a short hiatus from solo-development work and earn more cash to continue. I think this is a situation a lot of developers have to face; I've been able to use savings to do full time solo-development for over 18 months (already 4 months longer than I thought I could). Financially speaking, Thunder Gun getting greenlit has come at the last second. If I can play my cards right over the next couple of months, Thunder Gun will be released on Steam, and Future Crime Corporation will be completed.

No matter my current development fate, I had two things I set out to do with solo-dev:

I have crushed those goals with a gigantic, poorly-suspended piano. I'm close to finishing a SECOND game with the self funds I had only intended to make one game with. Thunder Gun: Revenge of the Mutants is more or less the picturesque follow up to the original I envisioned during the initial design phase. I contemplated whether the game is bad, but the response on the Greenlight and people who've bought it has been fairly positive. The jury is still out, but there is a great level of depth players can engage with (I'll explain my strategy to make that easier to show to players in this post), so I'm still inclined to believe it might not be that terrible. It's this thing that I still wrestle with — an internal dialog of mine that says, "It's not financially successful yet, so it must be deeply flawed in some way."

In summation? I have accomplished my goals. This isn't failure yet: Thunder Gun has gotten greenlit, so things CAN get better. I just need to bring my A-game and jump the hurdles I find difficult. 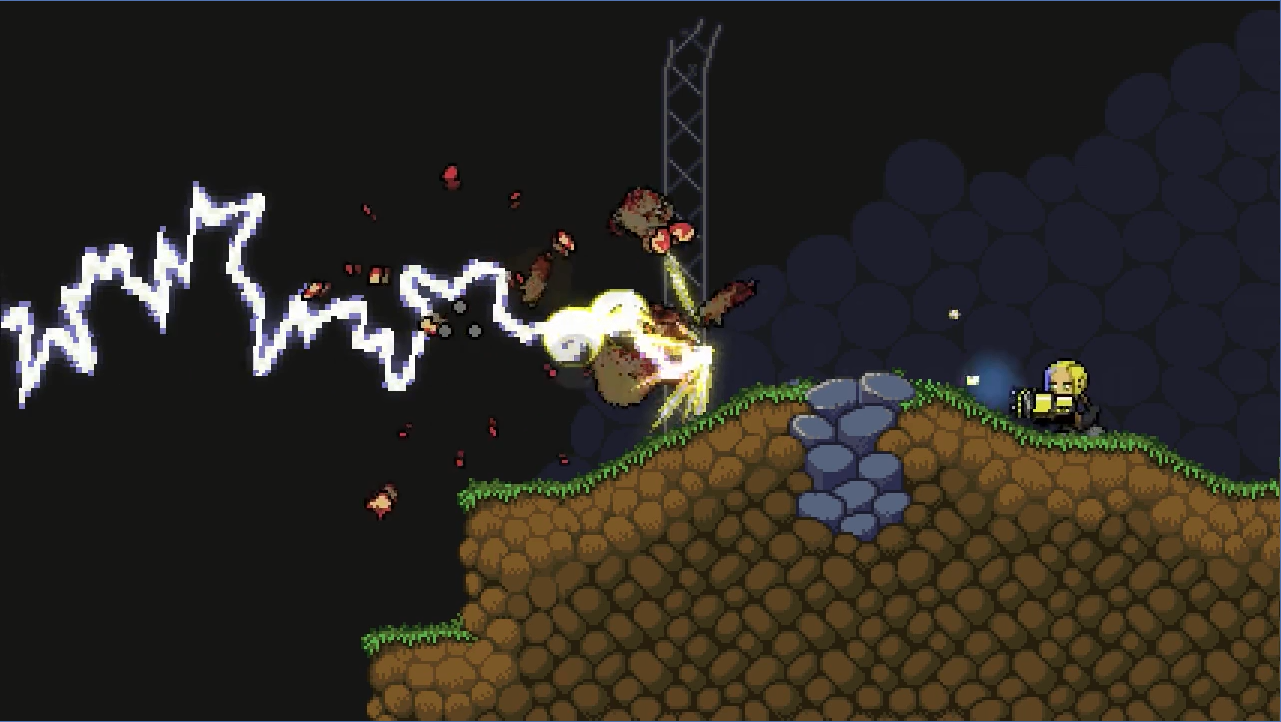 Good question. I plan on doing these things in the Steam version (as free updates on the itch.io and Gamejolt versions) of Thunder Gun:

I have an internal time estimate for all of this; but I'm not going to jinx it by saying what that is. I'm going to try another small marketing campaign leading up to the release date. If there aren't any colossal bugs to fix after release, I'm immediately going to work on finishing Future Crime Corporation. I honestly can't wait to spill the beans about that game. If you're too impatient, you can look through my twitter feed to see some images and .gifs to tide you over.

Oh yeah, and leading up to the Steam release:

Thunder Gun is currently ON SALE FOR $5 on itch.io and Gamejolt up to the time a price is figured out for the Steam version and its release.

(aka, it will cost the regular price on Steam release, so you can nab it on sale RIGHT NOW ... call it an early-bird incentive — plus, you can sleep well knowing I get a bigger cut from the itch.io and Gamejolt versions! ♡)

I'd like to finish by saying thank you to everyone who has helped me get to this point. Getting Greenlit after the long wait has put a new fire in me to knock Thunder Gun out of the park, and everyone I'm mentioning had an important part in it:

Twitter Followers: Thank you for pointing me in the right direction on the weird stuff I ask, and also putting up with my depressing midnight tweets. ♡

Isaac Goodin: He's the guy who convinced me to launch a Greenlight a second time and who put together the Thunder Gun Greenlight Trailer. He's working on a fucking awesome game with his brother that they'll be taking to Kickstarter on July 20th called Vulpine. Sign up for their Thunder Clap to help give him some extra oomph when it goes live! You can also follow their company, Clockwork Giant, on twitter to get some sweet updates on it.

LazyGuysBundle: This bundle was a great experience. They were extremely helpful in getting Thunder Gun the extra little boost on Greenlight, and working with them has been amazing so far! They were the only group that I ultimately trusted to bundle itch keys.

Mike LeRoy: As the creator of the Thunder Gun Soundtrack, I have to thank him for his support along the way; it's been a long collaboration starting from a random day on twitter where he offered to work on Bulletromancer's soundtrack that eventually evolved to his work on Thunder Gun and some work on Future Crime Corporation. He's written a lot of great music, and you can listen to and buy his albums here!

Toni Karls: Last, and certainly not least, I need to thank my girlfriend; she's been here for the newest greenlight and has supported and believed in me the whole way. When things were looking bleak, she would remind me: "You'll succeed, but sometimes it doesn't happen the way you thought it would."